Is being a Christian intellectually reasonable?
Being a Christian is intellectually reasonable. In fact, the Christian worldview is more intellectually reasonable than atheism or any other worldview.
Session 1: Everyone has a worldview
Session 2: The difference between possible and reasonable (with Wallace)
Session 3: Is Christianity reasonable?
Session 4: Are you convinced that Christianity is true? (with Timothy Keller)
Session 5: Brief outline why Christianity is true (with Frank Turek)
Session 6: Is there meaning to life?
How can I know what is true?
Truth is knowable, and those who sincerely seek to know the truth will find it.
Session 7: Who cares about truth?
Session 8: What is truth? (with Norm Geisler)
Session 9: Tolerance
Session 10: Relativism (with William Lane Craig)
Session 11: How can Jesus be the only way?
Does God exist? What is the evidence?
The scientific and philosophical evidence is overwhelming: God exists. Moreover, from the Cosmological Argument we conclude that God is infinite, personal (he makes choices), timeless, immaterial, omnipresent, and unimaginably powerful. From the Teleological Argument we conclude that God is the purposeful designer. From the Moral Argument we conclude that God is morally pure and the source of all that is good and right. From these scientific and philosophical arguments for the existence of God, then, we have already determined much of the character of God. These characteristics are also the same as that of the God described in the Bible. Moreover It must be noted that of all the world religions in existence today, only one can be true because they all contradict each other. (It is of course logically possible that none of them are true).  From what we have determined already about the character of God, we have narrowed it down to one of the monotheistic religions (Islam, Judaism, or Christianity).
​
Session 12: The Cosmological Argument
Session 13: Leibniz' Contingency Argument
Session 14: The Teleological Argument
Session 15: The Moral Argument
Session 16: The Ontological Argument
Is the Bible trustworthy? What is the evidence?
Once it is shown that God exists beyond a reasonable doubt, the question is: what is God like? And if God exists, it then follows that miracles are possible.  If God were to perform miracles, His miracles would be in accordance with his character (as described above): they would be a demonstration of his power for a loving purpose. In light of God’s character, it would be reasonable that God would choose to communicate to people, his creation (demonstrating his purpose for creating mankind, and demonstrating his love).  It would also be reasonable that God would communicate to people through written Scriptures. Thankfully, we can then test such scriptures to see if they are historically reliable, internally consistent, etc. When we apply these tests to the Bible, the Old and New Testaments, we find that the Bible uniquely passes these tests! The Bible is also uniquely authenticated by miracles that are historically attested (even outside of the Bible). Through textual criticism we can know beyond a reasonable doubt that the Scriptures we have today are not corrupted from the ones originally written down (Manuscript Integrity). We also have strong evidence from eyewitnesses.  There is abundant historical and archaeological corroboration for the reliability of the Bible. The Bible is also amazingly internally consistent, and there is ample evidence for its divine origin from prophetic evidence alone.
​
Miracles as evidence for revelation
Session 17: Are miracles possible? (with Norm Geisler on One Minute Apologist)
Session 18: Are miracles possible?
Session 19: Are miracles possible? (with Frank Turek)
Session 20: What about miracles in other religions? (with Frank Turek)
Session 21: Why can't God give us miracles today so we'd know He exists? (with William Lane Craig)
Session 22: Do miracles happen today? (with  John Piper)
Session 23: Do miracles still happen today? (with Sean McDowell)

Manuscript Integrity
Session 24: History of the Bible in 5 minutes
Session 25: Is the Bible reliable?
Session 26: Isn't the Bible full of errors? (with John Piper)
Session 27: Errors in the Bible? (with Frank Turek)
Session 28: Variants in the Bible and Biblical reliability (John Ankerberg)
Session 29: Biblical Variants (Lee Strobel)
Session 30: Can we trust the Bible?

Historical and Archaeological Corroboration
Session 34: The evidence from archeology, the case for Christ (with Lee Strobel)
Session 35: Are there historical documentations of Jesus outside the Bible? (with William Lane Craig)
Session 36: Is there proof outside of the Bible that Jesus existed?
Session 37: Archeology proves the Bible (10-minute video with multiple examples)

Prophetic Evidence
​Session 43: Case for Christ fulfilling prophesies (with Lee Strobel)
Session 44: Why can Isaiah 53 refer ONLY to Christ?
Session 45: Old Testament prophesies about Jesus & link to 55 OT Prophesies Jesus fulfilled
Is Jesus God? Did he die and rise again? What is the evidence?
After accepting the Bible as a historically reliable text, its most important claim of all can be tested: the death and resurrection of Jesus Christ. Again, there is ample evidence that Jesus Christ did, in fact, die and rise again. If Jesus really did die and rise again, this extraordinary miracle authenticates his claim to be God.

Jesus is God
Session 55: Who did Jesus think he was?
Session 56: Is Jesus God? (with GotQuestions.org)
Session 57: Did Jesus claim to be the Son of God? (with One Minute Apologist)
Session 58: Did Jesus actually claim to be God? (with Sean McDowell)
Session 59: Did Jesus think he was God? (with J Warner Wallace)
Session 60: Did Jesus claim to be God in the Gospels? (John Ankerberg Show)
Is the Bible God's Word? What is the evidence?
If Jesus is God, then he must have been telling the truth when he consistently affirmed that the Bible is God's Word. It is therefore true, beyond a reasonable doubt, that Jesus is God in the flesh, the Bible is God’s Word, and Christianity is true.
​
Session 61: What makes the Bible so special? (with Sean McDowell)
Session 62: How did we get the Bible? (with 3-Minute Theology)
Session 63: How is the Bible divinely inspired? (with 3-Minute Theology)
Session 64: How is the bible God's Word? (with 3-Minute Theology)
Session 65: What would you say to a Christian who denies the inerrancy of Scripture? (with Pastor John MacArthur)
​Session 66: How important is God's Word? (with John Piper)
How then shall we live?
The Christian worldview is a very intellectually satisfying worldview. Christians are convinced that it is the most intellectually satisfying worldview. Christians are also convinced that if these things are true (Jesus is God and the Bible is God’s Word), then real life is found in knowing God and seeking Him with passion and commitment.  The Christian faith, then, is not just an intellectual agreement with facts; it is a complete surrender to a God who loves us and gave himself for us. It is the intellectual and volitional trust in the reality that God truly does love me.

Session 67: Do you believe it? Prove it! (with Francis Chan)

Science and the Bible
Many people believe that science and the Bible contradict each other such that you can't rationally believe in both. There are many experts in various scientific fields, however, who are convinced otherwise. In these sessions we will look at scientific evidence that support the Biblical worldview.

Evolution: is macroevolution consistent with the evidence?
Session 84:  Did you know that a growing number of scientists doubt the Darwinian theory of evolution?
Session 85:  Two irrefutable scientific facts that make evolution unscientific.
Session 86:  Is evolution a viable option? (One Minute Apologist)
Session 87:  Why would Richard Dawkins say that aliens created life?
Session 88:  Does modern research support evolution? (One Minute Apologist)
Session 89:  What was Darwin's doubt?
Session 90:  Is Richard Dawkins really stumped?

Age of the Earth
Session 123:  Six-Day Creation (John MacArthur)
Session 124:  How old is the universe? (Frank Turek)
Session 125:  Intelligent Design and the Age of the Earth (Stephen Meyer)
Session 126:  Do you accept evolution or an old earth view? (John Piper)
Session 127:  How can young and old earth creationists work together?
Session 128:  New genetic discovery supports a recent creation and the Bible.
Session 129:  The problem with Old-Earth theology (Al Mohler)

​Session 6: Is there meaning to life?
Session 8: What is truth? (with Norm Geisler)
Session 12: The Cosmological Argument
Session 19: Are miracles possible? (with Frank Turek)
Session 25: Is the Bible reliable?
Session 41: What to say about Bible contradictions (with RC Sproul)
Session 45: Old Testament prophesies about Jesus & link to 55 OT Prophesies Jesus fulfilled
Session 50: How strong is the historical evidence for the resurrection? (with William Lane Craig)
Session 55: Who did Jesus think he was?
Session 61: What makes the Bible so special? (with Sean McDowell)
Session 67: Do you believe it? Prove it! (with Francis Chan) 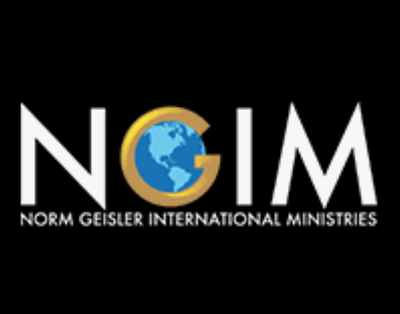 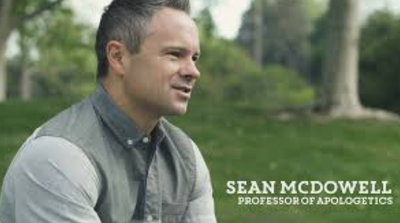 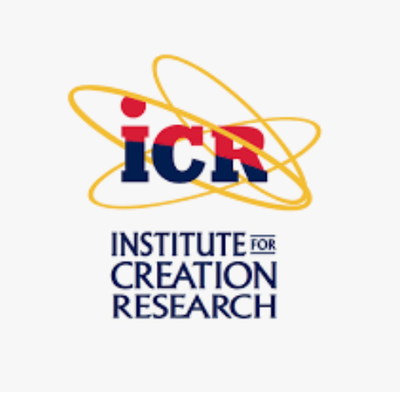 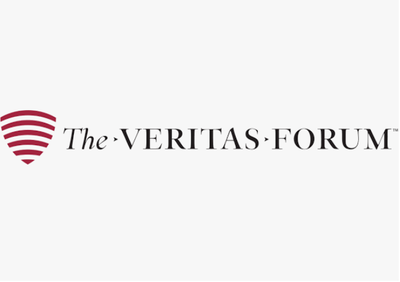 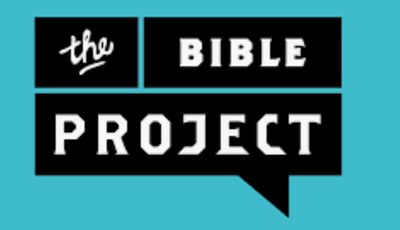 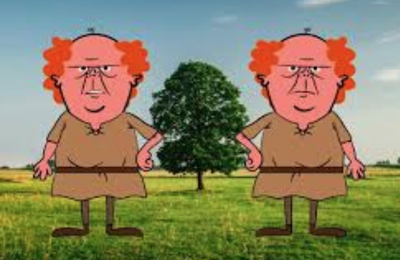 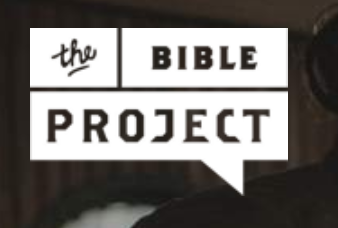